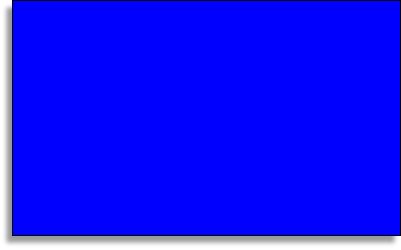 When looking at the Nave, a lot of what you see dates from the refurbishment in 1892. Exceptions to this are, the Font, from the 13th century and the South Wall from the 15th century. The coat of arms of Queen Anne dated 1703, can be seen on the North Wall. Original bench ends, dating from medieval times, can be seen on the Victorian pews.

There are five bells in the Tower of which four were probably installed in the mid 16th century. The fifth bell was added at a later date, yet to be accurately determined. A team of bellringers is maintained and more information can be found on the bellringers page.

In 1974 the Church was transferred from the diocese of Salisbury to the diocese of Bath and Wells, where it remains to this day. It is part of the ‘Cloverleaf’’ group of Parishes, which include the nearby villages of Combe St Nicholas, Ham and Whitestaunton. The three parishes and St Mary’s Church Chard, form a United Benefice and are managed jointly by the Rector the Rev'd Ann Kember and the Associate Vicar, the Rev’d Georgina Vye. Further information on the policies and guidelines, can be found by clicking here.

A table of previous Rectors of Wambrook Church and Lectionary dates, can be found on the drop down pages. Regular services are held at the Church and all are welcome. Please visit the services page for the latest information and any announcements.

Dating from around 1200 AD the Church was built using Ham stone rubble and ashlar dressing. It is thought that the original roof was thatched, but this was replaced with lead by the early 1600’s. It was not until somewhere around 1362 when the Church was dedicated to the ‘Blessed Virgin Mary’.

In its early days, Wambrook Church was known as a ‘Deans Peculiar’ and only subject to visits by the Dean. The altar was dedicated to the honour of the ‘Glorious Virgin’ when Dominius Thomas was Rector in 1405. In 1631, the livings of Wambrook, the nearby village of Yarcombe and others within twenty miles, were held by the Rector one Gamaliel Chase. It was during the Civil War, that both livings were repossessed. The garrison from Lyme Regis, then plundered his house after turning him and his family out. He was a learned man and was a fellow of Corpus Christi, Oxford. Because of his political views he was imprisoned many times at Exeter, Lyme Regis and in London at Marshalsea.

The original bell tower was rebuilt in the early 1400’s, along with the north and south porches of the Nave. Looking around the Nave today, further reconstruction from the 19th century can be seen with the exception of the font and the south wall, dating from the 13th and 15th centuries respectively. During these 19th century works, the vestry was added to the north wall. Some furniture and fittings were also replaced at the same time. The roof of the South Porch was restored in 1932 in memory of Mr Edward Eames, from a Herbert Read design.

Inscriptions in Latin, dating from medieval times, can be seen on wooded strips fixed on the north wall of the Chancel. It is likely, that they they were used to describe frescoes or paintings from medieval times. They were placed in their present position during the restoration of the Chancel in the 19th century. Translations are shown underneath.

back to the top

6. Hic demissus est ad sepulchrum….Here he is lowered into the sepulchre.

7. Christus apparat into Magos……...Christ appears amongst the disciples.